We’ve got used to epic snacks and food hacks coming from TikTok, so it’s no surprise to see more ingenious ideas in 2021. Forget the pancake cereal and whipped dalgona coffee of yesteryear, new trends are in town!

If you looked up ‘TikTok food hacks’ in a dictionary, we’re pretty sure the definition would be ‘#FetaPasta’. Okay, not quite. But with over 750 million views on the platform (in addition to 90 million from #bakedfetapasta), it’s fair to say the hashtag has taken the world by storm.

The dish, which involves baking a block of feta with baby tomatoes before stirring in cooked pasta, first peaked interest as a viral hit in Finland, on a slightly smaller scale. “Feta cheese sales went up 300 percent here”, says Jenni Häyrinen, the original creator, on her blog. American blogger and chef @grilledcheesesocial heard about it, and then it went global, and we’re thankful it did.

Add olive oil, red chili flakes, salt, black pepper and finely chopped garlic if you like, then bake for 25 minutes at 200C/Gas 6. Stir in just-cooked pasta and fresh basil, and you have an almost instant meal that looks pretty fancy. You could vary it by adding thyme or finely grated lemon zest.

What else are TikTok cooks making in 2021?

Home of raps and wraps, TikTok has done it again with this latest tortilla hack. You just cut to the center of a wrap, then put a different filling in each quarter and fold until you have a fat triangle. You can grill it, fry it, or eat it as is.

There aren’t many right or wrong fillings. TikTok has featured wrap hacks made with full English breakfast or pizza topping ingredients, or leftovers. Sweet ones bring together fruits, spreads, chocolate and even – yes – cereals. Don’t knock it ’til you’ve tried it!

Wrap-hack sushi is also a thing, made with the same wrapping motion, but with a sheet of nori seaweed, rice and fillings including avocado and fish. Of course, the ‘wrap’ is a square rather than a triangle.

We bet this won’t be the last tortilla hack to come out of TikTok. We’re still making the breakfast wrap hack of 2020, where a tortilla is almost welded to an omelet and rolled up with tasty fillings!

TikTok cooks are pro at using cheap, everyday ingredients and turning them into breakfast. Baked oats is the latest recipe, and as far as we can tell it’s an excuse to eat cake in the morning.

Oats are blended to make flour, then mixed with baking powder, an egg or mashed banana, and a splash of milk. From here the world’s your oyster. You can add anything, from chocolate chips, syrups and sugar, to cocoa powder, peanut butter, fruit, nuts, sprinkles and spices. Put it in a ramekin or tin and bake until it’s risen slightly and set. It takes minutes to cook and can be as healthy, or unhealthy, as you like.

Recipes on TikTok often put an unexpected twist on a classic. One of the latest hits? Vegan ‘ribs’ made from corn on the cob.

We first came across corn ribs in Yotam Ottolenghi’s London restaurant ROVI. Why ‘ribs’? Slicing corn on the cob into quarters lengthways allows the pieces to bend slightly when deep- or air-fried, resulting in a rib shape. Coat them in lashings of butter with garlic, chili, or any sauce you fancy – BBQ and mayo (vegan or otherwise) appear regularly as toppings.

But as cool as it looks and great as it tastes, we have concerns for your fingers. Your knife (and knife skills) need to be sharp to cut corn this way. If you don’t feel you can do it, Elotes is a similar Mexican dish, where the corn cobs are boiled then slathered in cheese, mayo, paprika and lime. You don’t have to cut the corn or deep-fry it. If you’re not a fan of getting sweetcorn in your teeth, Esquites could be the solution: simply cut off the corn kernels after cooking the cob, mix in cheese, mayo, chili, salt and lime, and eat with a spoon.

The latest craze to go bananas is based on the much-loved American girl-scout snack, the Samoa cookie. Maybe the timing is because scouts selling door-to-door was mostly put on hold during the pandemic! In classic TikTok style, the hack is nothing like the original, but it’s easy to make.

“I love Samoa cookies”, was the response of BBC Food Editor Emily Angle, from Pennsylvania in the USA, when she heard about the trend. These coconut caramel biscuits with a chocolate base are not healthy – or sold in the UK. TikTok cooks have ‘hacked’ the recipe using bananas, desiccated coconut and dark chocolate. The first two ingredients are mashed together, then shaped into cookies and baked. Chocolate is drizzled on top or underneath after cooking.

So how does it taste? There’s an overwhelming banana flavor, and you have to scoop them into your mouth to avoid a fistful of crumbs. There are worse-tasting snacks, but if you’re craving a Samoa cookie, it might be best to find a recipe that actually tastes like one. We’re probably going to stick to banana bread or coconut macaroons! 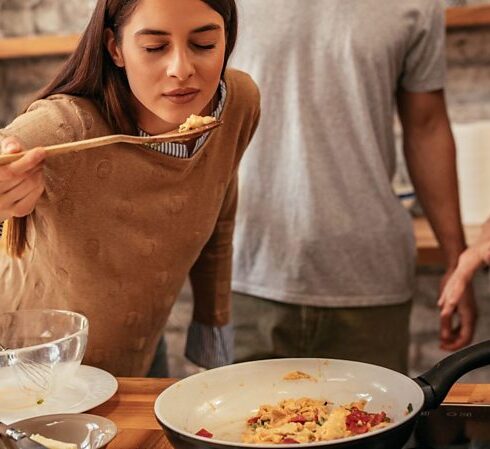 Are we getting breakfast all wrong? 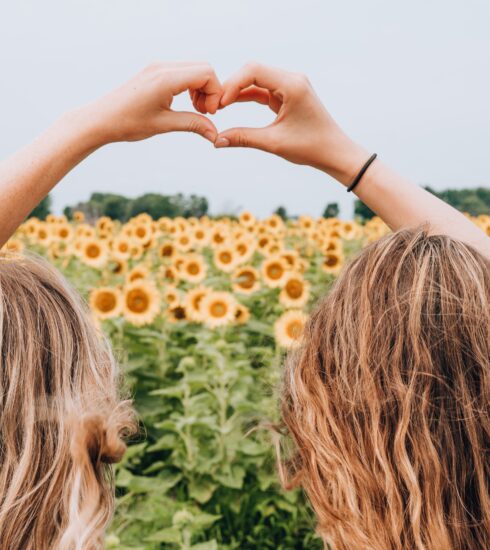 What It Means to Have a Good Friend 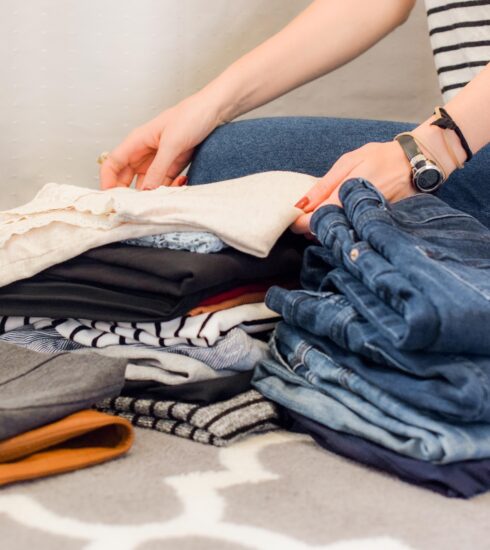